All types of facial hair is really popular at the moment – ranging from designer stubble to waxed moustaches and full beards. The ‘10- day beard’ which women are said to find particularly attractive in not surprisingly, particularly popular! 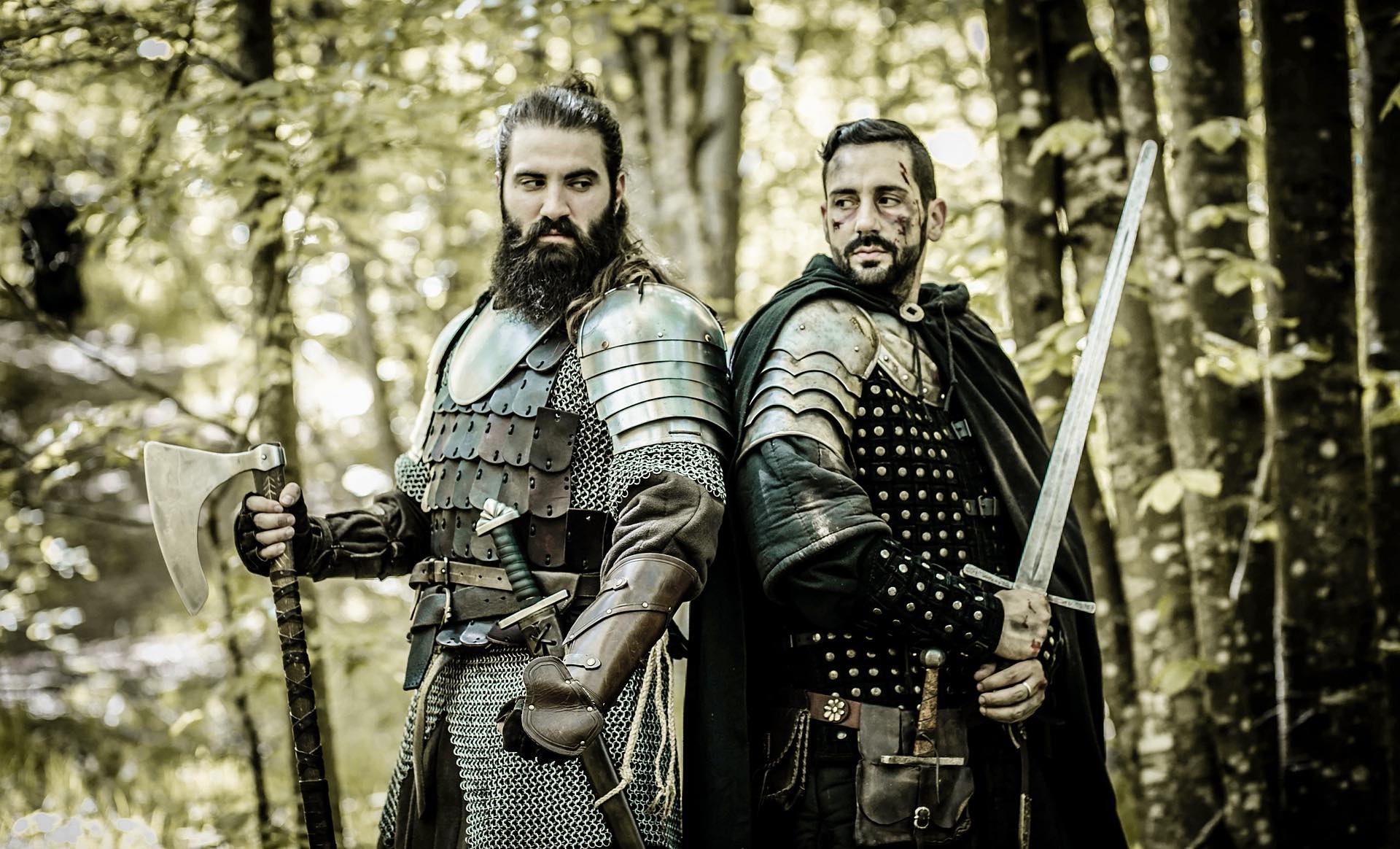 Beards have been fashionable in many periods of history and have often represented much more than a simple fashion trend through the ages.

In Prehistoric times, men grew long, thick beards so that they looked intimidating to their enemies. They found that the beard was warm and insulating on their face and protected the skin from the elements. It is also thought that the beards were protective too as they cushioned the blows during combat. 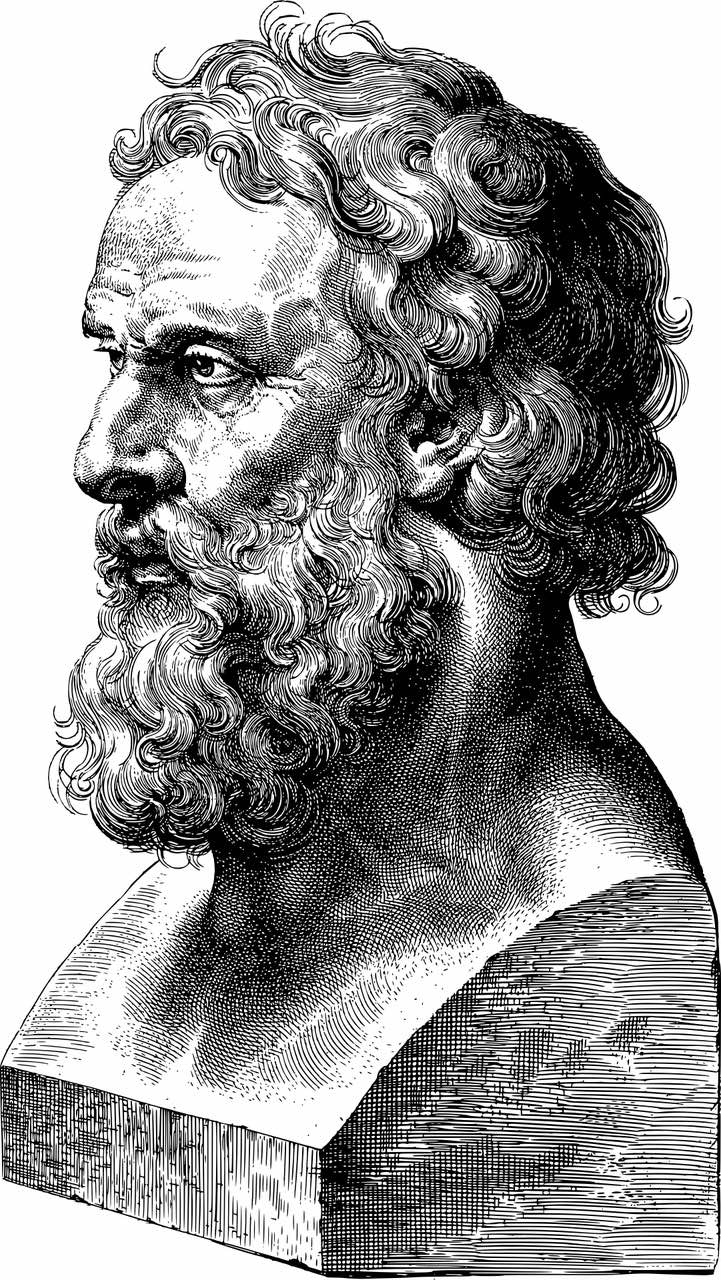 Many of the Ancient Greek philosophers including Socrates, Plato and Sophocles had beards and were known for their great works – many of which are still applicable today. The only time the Ancient Greeks cut their beards were when they were going into battle as Alexander the Great banned beards so that they could not be pulled by opposing soldiers.

The only other time a man cut off his beard was when he was in mourning. Today, in modern Greece, a man grows his beard as he does not shave during the six weeks of mourning.

Interestingly, in Hellenistic times,  the Romans were always clean-shaven or had just a small beard to distinguish themselves from their rivals, the Greeks.

When a Roman boy had his first shave it was part of an elaborate ceremony to mark his transition to adulthood..

3. Beards Were Not For Touching!

During the Middle Ages, beards were highly revered but it was considered a great insult for one man to touch the beard of another and later in fact became the signal for a dual. 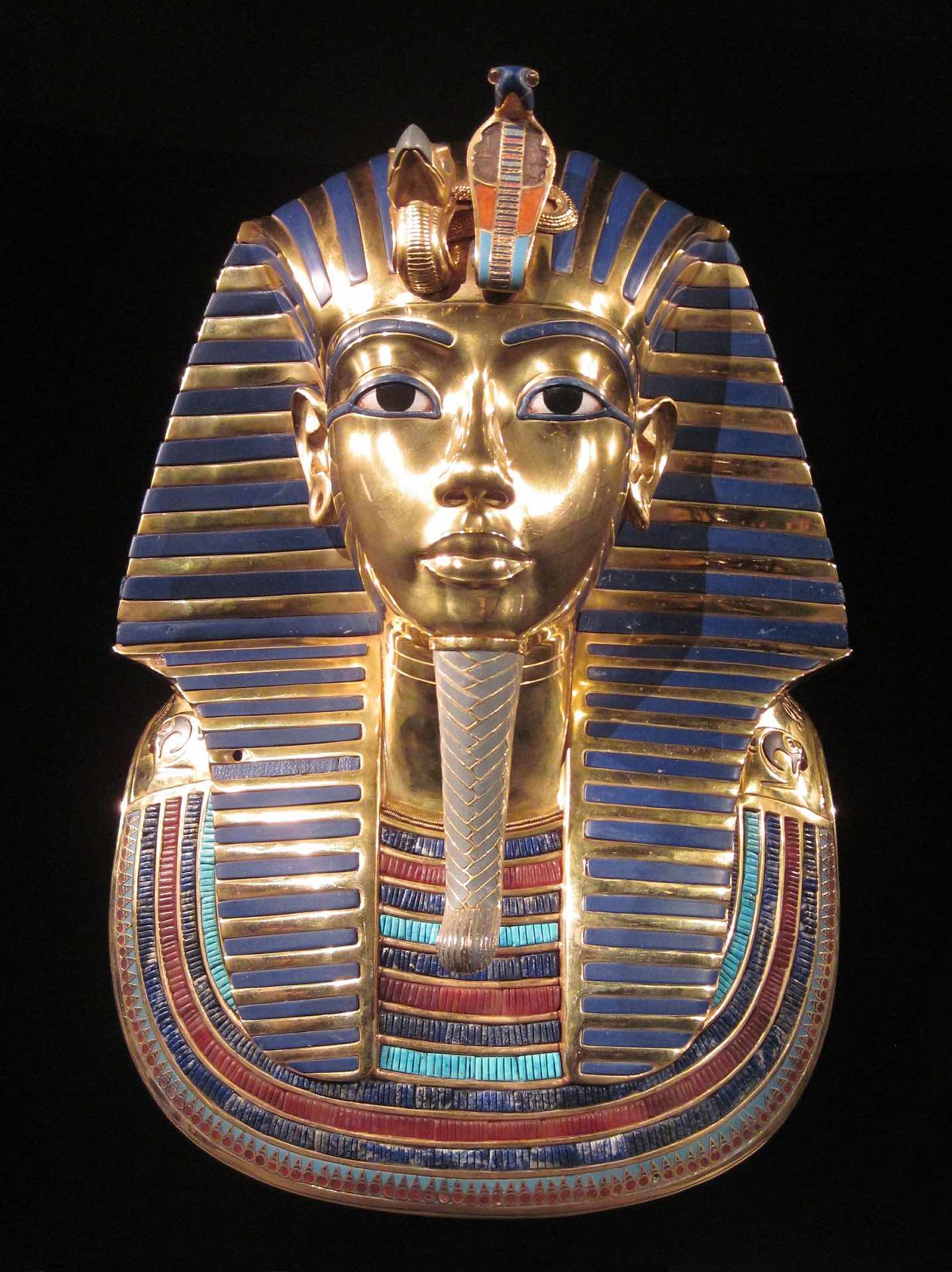 4. Beards Were A Status Symbol

The Ancient Egyptians loved their beards and  wore them elaborately – often dyed, plaited and decorated with golden threads.

From 3000 BC onwards, the Egyptian kings wore false metal beards known as ‘postiche’ which were strapped to their chins and even female rulers wore them too.

In the Mesopotamian culture, beards were lavishly curled and length was important – so the higher the status, the longer beard.

Beards were also treated with magnificent oils to ensure they were always at their best.

Prehistoric man also grew beards to show he was strong and fearless and as a sign of intimidation – like the beautiful mane of a lion. Beards were viewed as a sign of honour and beards were cut off men as a punishment for wrong doing. Later when Turkish soldiers were fighting, they always shaved their prisoners beards off to humiliate them and as a sign of subservience. 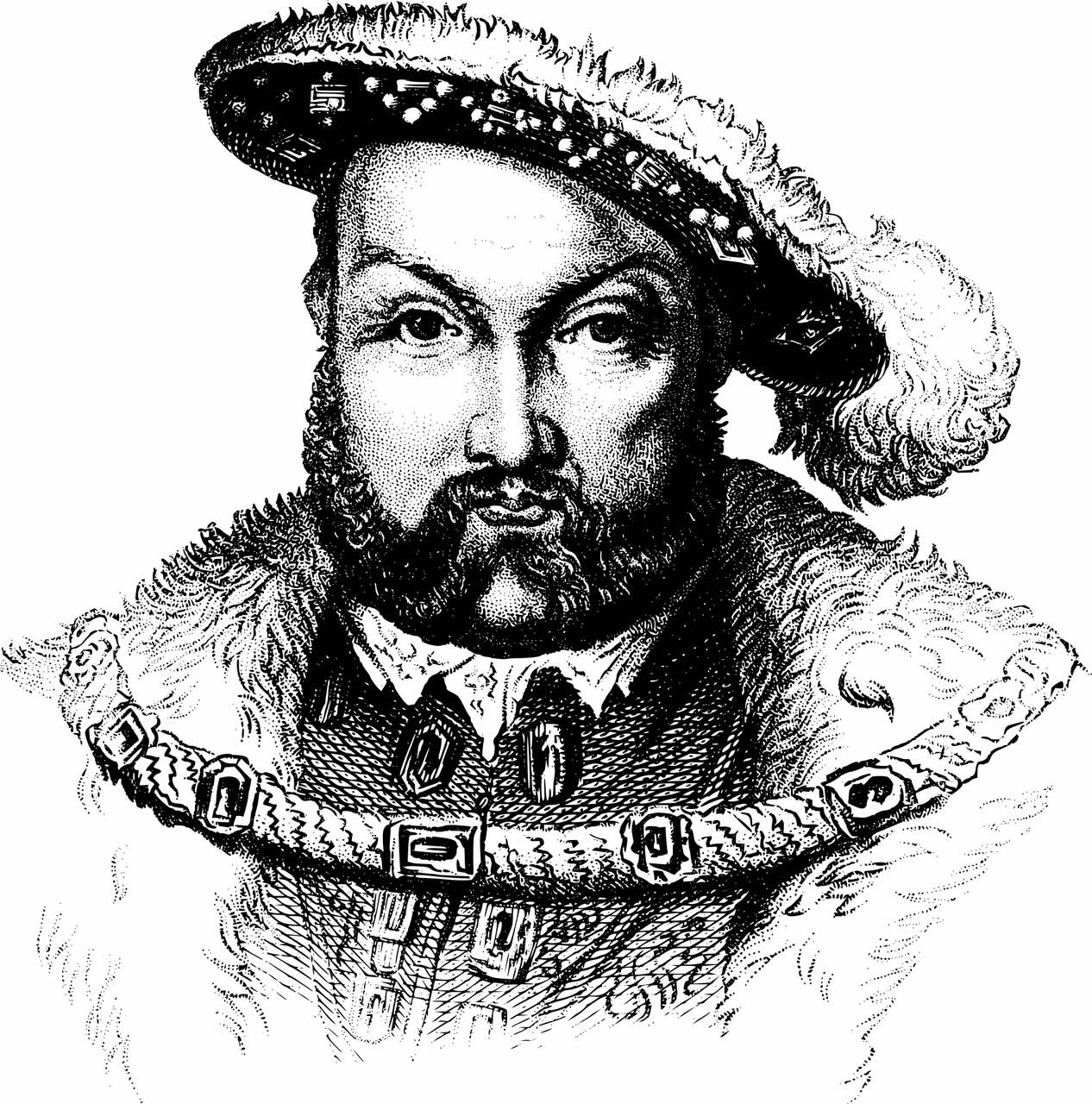 6. Beards Were A Money Spinner!

In Ancient India and other eastern cultures beards were highly regarded as a symbol of dignity and wisdom and were sometimes pledged in payment of debt.

For many years, it has been felt that sporting a beard makes a man stand out and he is viewed as stronger and more dependable by others. In his recent study of facial hair between the years 1842-1971, Nigel Barber discovered that more men grew beards whenever the number of eligible women dropped, so that they would be viewed more favourably by women and have a greater chance of finding a bride. 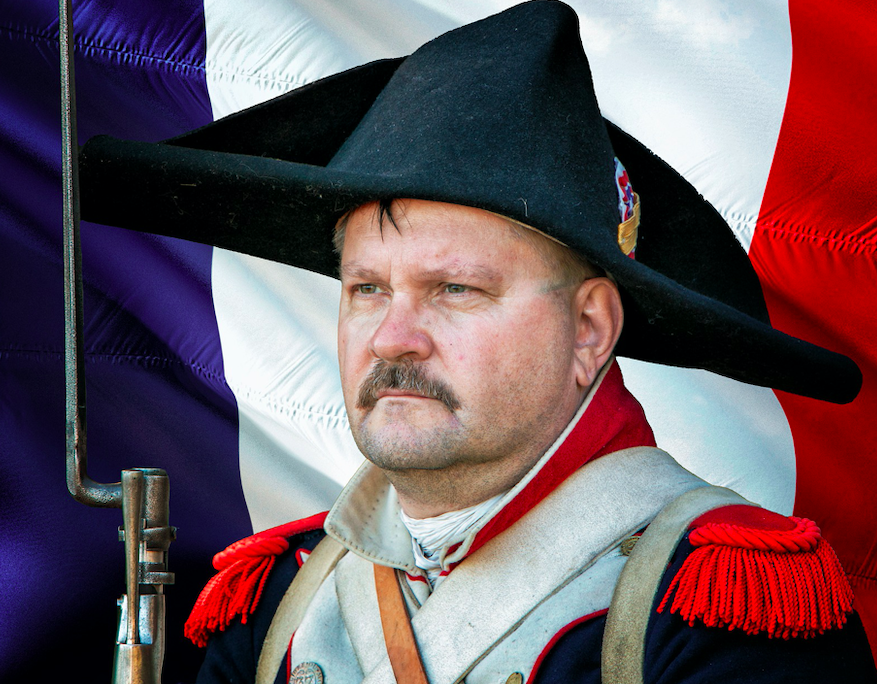 8. Facial Hair For Military Use

From the days of the Crusader knights who always had beards to show they were strong and aggressive, beards and moustaches have had military uses too!

During the 18-19th centuries, the elite French soldiers called ‘Grenadiers’  always had immaculately manicured – and sometimes really large-  moustaches while infantry soldiers had moustaches and small, immaculately cut goatee beards. For gendarmes (who were the military police) it was compulsory to have a moustache until 1933.

During the First World War, French soldiers had the nickname ‘poilu’ meaning ‘the hairy ones’!

9. A Beard For Religious Reasons

Throughout history, followers of various religions have worn full beards and today this still includes Islam and Sikhism. In the Old Testament, Moses, Abraham and other prophets wore beards and in the New Testament, Jesus Christ and all of his disciples  are portrayed with beards- except John who is clean shaven to indicate his youth. The Catholic Church throughout the ages has swung in and out of favour with beards. Hamish and Hutterite men only shave until their wedding day and then grow beards and some Messianic Jews grow beards as a mark of respect to the Old Testament.

10. A Beard Is Good For Your Health 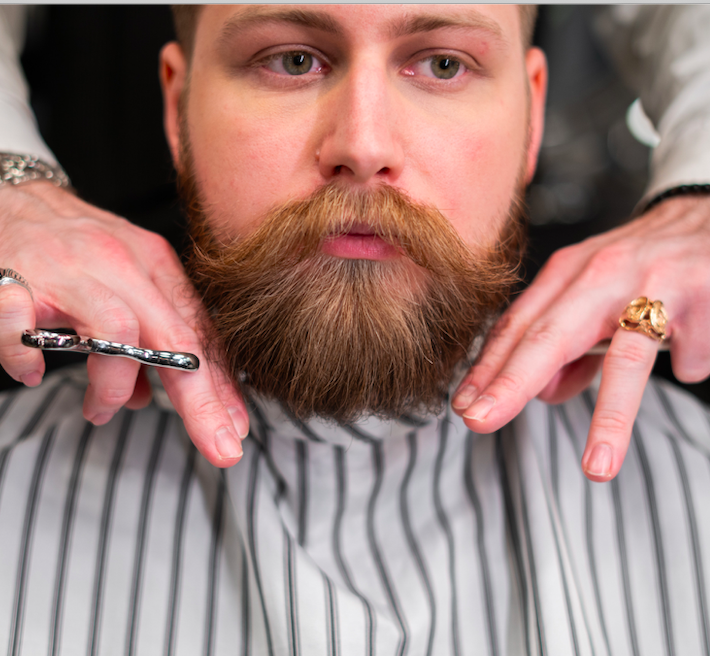 During the `19th century, the beard was heralded as ‘nature’s respirator’ as people believed that it acted as a filter to trap dust and germs. In 1854 the Committee on Industrial Pathology on Trades Which Affect the Eyes recommended that all workers who were exposed to dust, grit and wood splinters should grow beards as these would trap any dirt particles.

Other health claims about beards soon followed including that having a beard would prevent toothache as the air around the mouth was kept warm!

Beards it was said, could prevent skin damage from sunburn, cold winds and snow and a beard was said to keep the throat warm so was strongly recommended for those who did public speaking!

Today, 55% of men across the world have facial hair of some kind and their reasons for this are as varied as  those we’ve discussed throughout history!

If you’ve been considering growing a beard, why not seize the opportunity as it is ‘No Shave November’ and there will soon be many more men worldwide sporting some well-groomed stubble!