Why Aftershave Stings And Is Making You Look Older

In this article we take a look in to why aftershave stings, how it can make the skin dry and discuss ways to avoid this common problem.

For many men, applying aftershave is part of their shaving ritual. Aftershaves are meant to soothe the skin and disinfect it, as well as making it smell fresh and attractive. However some aftershave makes skin dry and can be harmful to your skin and even toxic. It’s definitely best to check the ingredients in your chosen bottle. 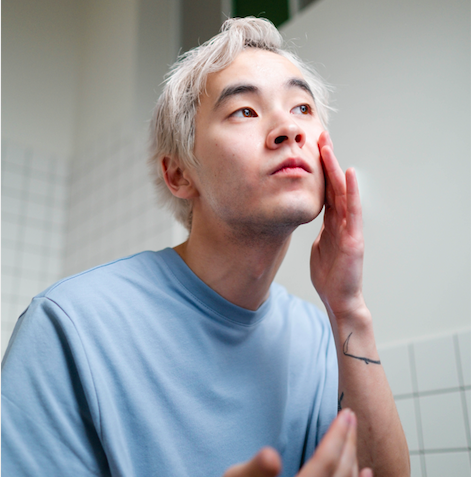 Read on to discover why aftershave stings, what good aftershaves should contain and the ingredients to avoid.

Aftershaves were invented for use in barber shops. Barbers applied the high-alcohol liquid as antiseptics (aftershaves contain as much as 90% alcohol) which is why aftershave stings. They used aftershave to kill bacteria and to minimize the risk of the transmission of bacteria on shaving instruments used on many customers. Aftershaves also reduced the risk of infection on the client’s face and had the bonus of making them smell nice.

The term ‘Aftershave’ certainly describes the job it does well – which is to treat your skin after shaving. Traditionally aftershaves have long contained alcohol and this had a sanitising effect on the skin. This is often needed because only too often, small cuts and nicks occur and if you are shaving quite firmly. The skin can also be grazed and all of these mean that germs can get into the pores of your skin. Applying traditional alcohol-based aftershaves is the reason why aftershave stings – and everyone remembers Macaulay Culkin’s scream in Home Alone when he put on some of his Dad’s aftershave!

Alcohol-based aftershave makes skin dry and are purely effective because they are antibacterial. If you use this type of aftershave regularly over a period of years though, it can damage your skin and dry it out. There has been a big shift away from alcohol-based aftershaves in recent years and sales have dropped dramatically across the UK – except in the north of England, where old habits die hard!

The alternative to look for is aftershave balm. 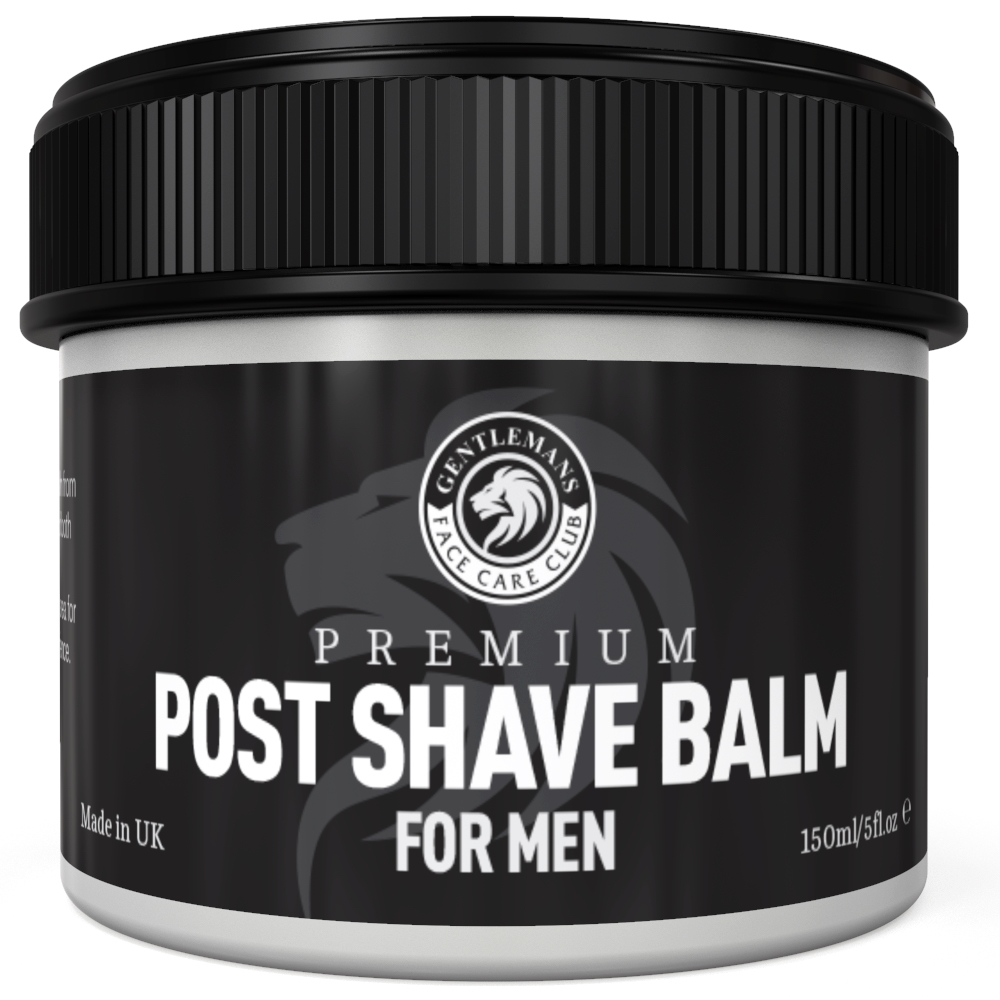 Aftershave balm or post shave balm has been specially designed to be more gentle on freshly-shaved skin and is made using a hydrating formula that leaves the skin smooth and well moisturised. The balms usually contain natural oils such as coconut oil, aloe vera or jojoba oil. The advantages of using a balm is that it moisturises and hydrates the skin while still preventing bacteria getting into the pores of your skin. These more natural types of aftershaves are good as they help stop itchiness and swelling from skin damage and can help cuts to heal more quickly. Aftershave balms also accelerate the regrowth of skin tissue which helps keep skin healthy.

The Reason Why Aftershave Stings Is Because Of The Alcohol It Contains, So Try Avoid

Although alcohol is certainly antibacterial and will protect your skin from infections, in the long term, it is not good to use as it has a drying effect. If you have sensitive skin, an alcohol-based aftershave is a definite no-no. Many traditional styled aftershaves also contain artificial fragrances, which can smell good, but can irritate your skin. This isn’t surprising as aftershave with artificial fragrance can comprise of up to 4,000 different chemicals.

Good ingredients to look for… 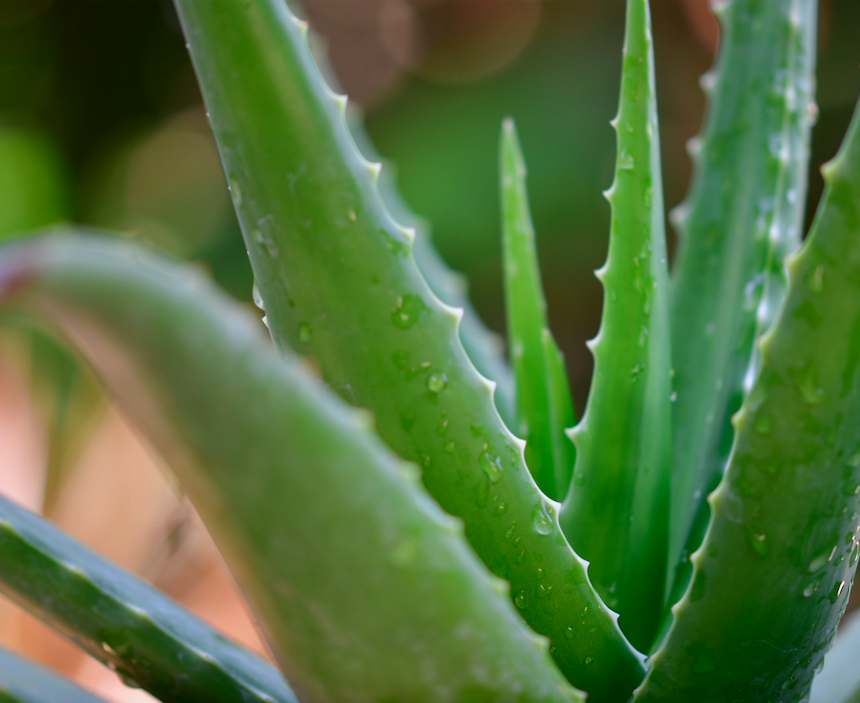 Modern aftershave balms are key to keeping your skin well hydrated
Witch hazel is a natural, plant-based alternative to alcohol and is also antibacterial. For effective moisturisers look for shea butter which is made from nuts, aloe vera which soothes skin damage and camomile which is also plant-based and very soothing. An aftershave containing vitamin E is good too as this vitamin is good for skin and boosting the body’s immune system. Glycerine is also regularly used an ingredient as it very effective moisturiser for the skin. Manufacturers are now adding a great array of natural fragrances to their products including cedar wood, green tea and anise.

What is an aftershave balm?

Many of the modern aftershaves are actually described as ‘balms’ as they are easily absorbed into the skin but do not leave a sticky residue. There are several that have been designed especially for sensitive skin and some of them include sustainably-sourced baobab oil which most skin’s tolerate well and is an exceptionally good moisturiser. There are products that are suitable for acne, but it is worth noting that glycerine can be an irritant to acne.

Other products give added protection against the environment and the ingredient used to fight off free radials is green tea which is a powerful antioxidant.

Is it good to use aftershave products?

Aftershave can certainly help your skin, but it isn’t essential to apply aftershave after every shave.

Dermatologists the world over are in agreement that a post-shave balm is far better to use and one that suits your skin type well. They recommend the following routine to keep your skin in good shape: 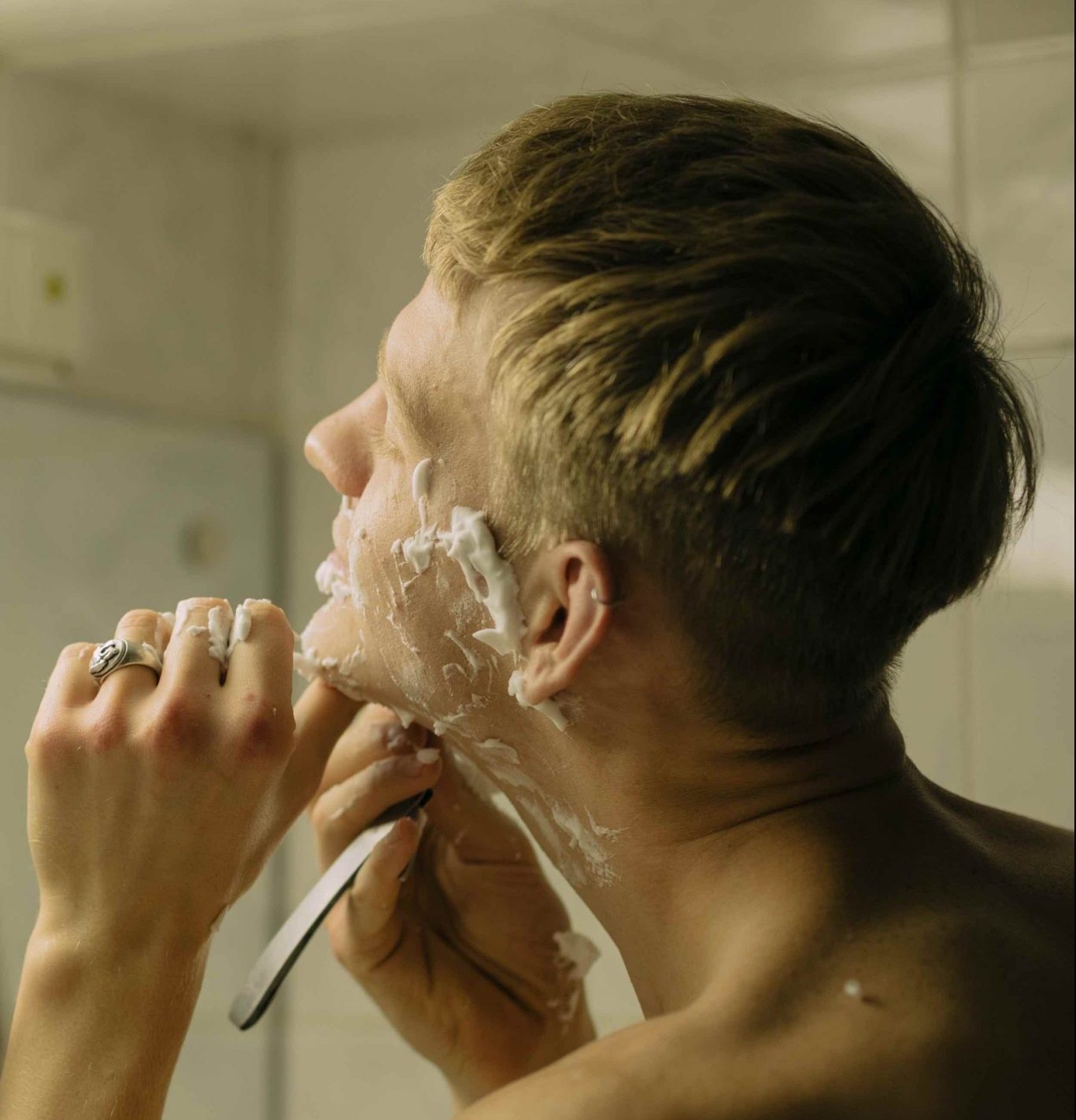 1. Gently rinse your face with cold water to remove any remaining shaving cream/ gel.
2. Very gently pat your face dry using a clean, soft towel – don’t rub your skin as this can cause damage.
3. Put some aftershave balm (about the same size as a 20p coin) into the palm of your hand.
4. Spread the aftershave over both of your hands.
5. Gently massage the aftershave into all of the skin that you just shaved.

Best to take a look at the ingredients list on the aftershaves in your bathroom cupboard and ensure that they don’t contain alcohol. If you’re buying a replacement, opt for an aftershave balm that will soothe, heal and moisturise your skin well – without the ‘ouch’ factor!

Why not instead use both – After shave balm to soothe and nourish the skin and then follow with a spray of aftershave or cologne around your neck, the back of your ears and on your wrists to give you a lovely fresh smell that will last for hours.